So how would we THINK in the new paradigm?  This brings us to the notion of where thought comes from and how much of it is really ours.  There is a lot written now about collective intelligence – intelligence in the ether filters through our brain and we just colour it in with our perception.  If this is the case and if so much of our perception is flawed, it might be better to call on some intelligence that hasn’t been tainted by the filtering device.

Let’s look at what happens when we switch our brains off while we are asleep.  Everything carries on as normal.  Fingernails grow, blood circulates, the vast and complex eco system of our vital organs does its complicated thing without any help from our conscious mind whatsoever.
We have an embodied intelligence, which paradoxically is not in the body…it’s in the expanded self.

We don’t trust it because we don’t trust things that don’t belong to us and yet we crave to be connected to it.  Witness artists, musicians, engineers.  There is something awe inspiring about watching someone who is completely absorbed in what they are doing.  Exactly what substance are they absorbed in?  Some kind of holding zone.  The Void.  ‘The Nothing’ out of which everything emerges.

Consciousness funnily enough hinders not helps.  Musicians who play effortlessly find it more difficult as soon as they have an audience and start to focus on what they are doing.  Hilarious, engaging children become stilted and contrived as soon as you put a video camera on them.  We want to capture the magic of now but we can’t.

So how does this translate to business?  Visionary entrepreneurs become absorbed, achieve something wonderful and are then asked by the many how they did it.  Usually they don’t really know how but they feel they should know, after all the public want answers.  They want a process that can be owned and replicated.  They want best practice scenarios.  The pressure to make something up is enormous.  Management consultants look at the history of events and map them, business books are written and consumed.  Data is memorised.  Rules are obeyed.  Usually it doesn’t work.

‘The Nothing’ won’t scale.

What if there was a bigger game going on?  A plan that was more complex than one we could dream up.  We’re all a part of the plan, though we don’t control it individually.  Old style dictator leadership would have no value.  Similarly old style ego driven self-motivation – focus, strive, push, ‘just do it’ would all be an ineffective use of our energy.  If we believe there’s an overall plan we just do whatever turns up for us to do without all the drama.  We would do the things we care about.  Everyone would take their place in the scheme of things and ‘The Nothing’ would create the magic.

We may hate the fact, but we are all connected.  Like paper dollies, we look separate on the surface but underneath, we’re all part of the same substrate.  The wisdom we have access to lives in the spaces between us if we could just get together.  It emerges spontaneously in the now.  (What was it the great mystic said about ‘where two or more are gathered together there I am’?)

It can’t be owned, patented, contained or held on to.  It’s only relevant now.  Ten minutes from now it’s no longer significant, but there’ll be new different wisdom that will be available then, if we learn to trust in ‘The Nothing’.  This concept drives our ego completely insane.  After all we’re used to owning the things we value, the things we strive for or claim as ours.  We put flags in them.  We frame them.  We lock them up in towers, banks, museums. 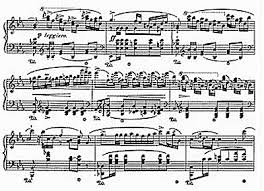 But the world is changing rapidly and its problems are getting bigger and more complex.  If we want to solve complex problems we need to get comfortable with complexity.  In a whole system breakdown we need a whole system response. We’ve tried breaking problems down and making them simpler, that just doesn’t work.  (That’s like taking a piece of music, removing the spaces and lining up the dots.  It satisfies our need for order, but it won’t play a tune).

We’ve tried standing outside the problem and looking in, but when we remove ourselves energetically, we end the capacity to solve the problem from within, preventing access to the wisdom that wants to emerge between us.

We want to be the hero in our own little world.  Stories of heroes are deep and eternal.  But we’re on a team now and stakes are raised.  Destiny is a whole organism thing.  Complex problems are whole organism things.  It’s time to drop the Bruce Willis fantasy and get joined up.

Posted on January 8, 2009 by NickToye
Filed in Consciousness, Geometricity, 2 comments