This could actually happen… Donald Trump — President of America. The Trump finger on the nuclear button. “No, YOU’RE fired.” The First Lady, pole dancing in the oval office.

If someone was pitching this as a movie idea, most producers would want some sort of back story. “I mean how can we go from Abe Lincoln and the Founding Fathers to… “ (shakes head at script ruefully). “Will anyone buy it?”

Of course millions of people are buying it, so for the head scratchers, here’s the back story. This is the story of power… 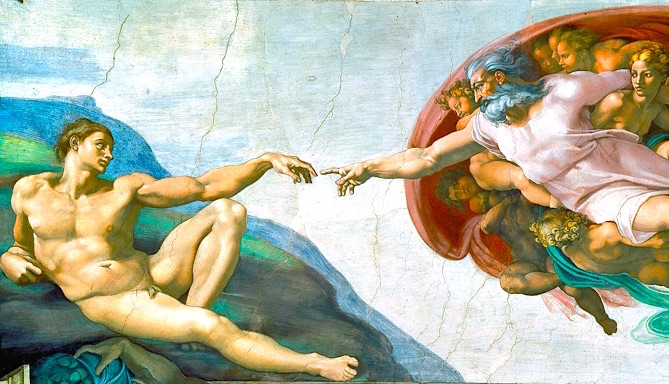 God hires Adam. He may regret this decision in later episodes.

Though this god force is invisible, men decide it is masculine, so the god force is always portrayed as a large man. 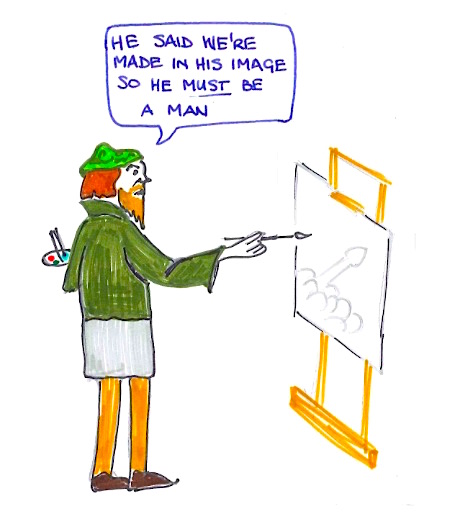 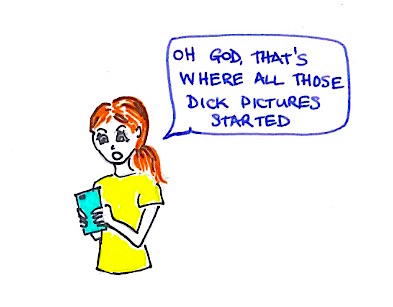 God is harsh but fair so operates the CARROT AND STICK method. “Abide by my rules and if you’re good, you get a VIP pass to heaven”.

Downside — You have to die before you get anywhere near that carrot.

Sex? — You can have sex, as long as it’s for making babies and you raise them to be ‘God fearing’ citizens because God likes a LOT of followers. LOL. 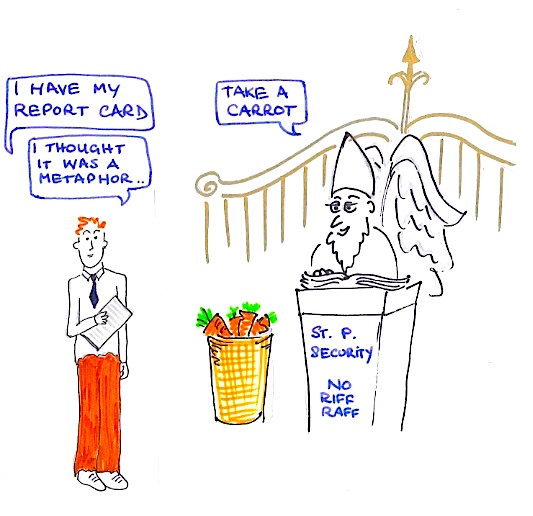 Kings appeared after they convinced everyone that God gave them the divine right to rule, because they had a special bit of God like DNA. This meant their offspring could also rule, no matter how mad or stupid they were. Immense power was conferred by virtue of the particular vagina a person emerged from. Slightly random, but most people went along with it.

Kings adopted God’s carrot and stick method, with a few adaptations. “You can have the carrot in THIS life (hooray!)… if you agree with everything I say and do, no matter how crazy things get.” 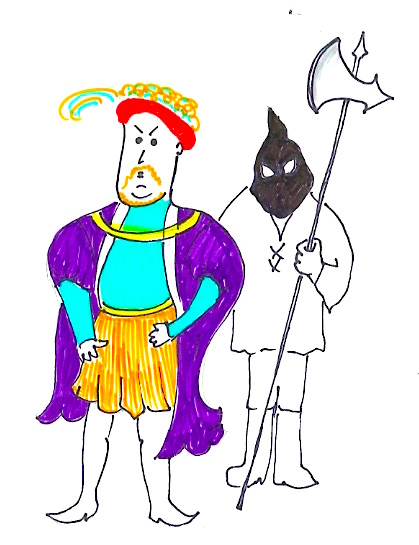 Upside — If you had royal favour, you could be turned into a Duke, Earl or Baron, get your own land, a big house, and play at being a mini King.

Downside — If the King had one of his ‘turns’ you could be beheaded for the smallest crime, like having an opinion different from the King.

Sex? — If you got to be a Duke you could have sex with ALL the people who work for you. If you were poor, you could have sex as long as it was for making babies who would grow up to work for the King. Working for the king included dying in his many battles and having sex with him and his friends.

A lot of countries realized the King thing was a RIDICULOUS idea and formed governments.

Governments adopted the carrot and stick method with further adaptations. “You can have the carrot in THIS life, if you work really, really hard and become a law abiding citizen.”

Once the rich elite had no fears of being beheaded, they became quite cocky. They were smart enough to bend the rules and so became EVEN MORE RICH.

Smart poor people (who were exhausted working 18 hours a day) watched them and started to notice which behavior got rewarded. 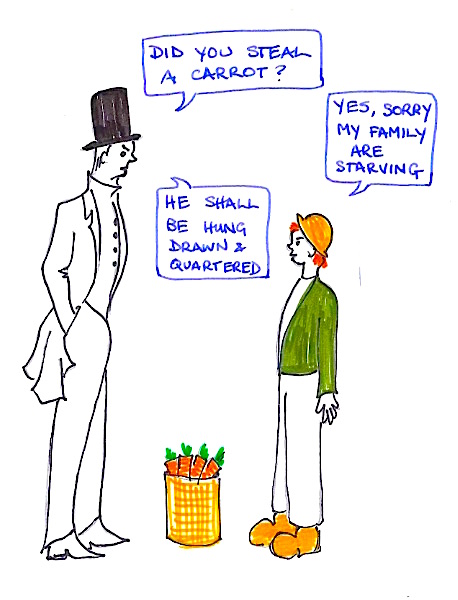 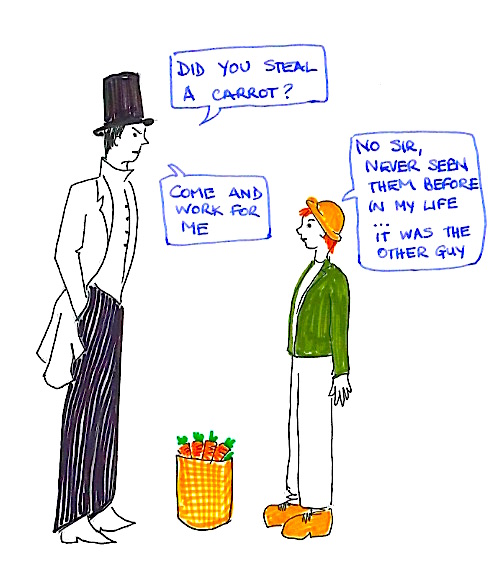 Upside — a new middle class was created. People could move up a level of power if they worked hard or did some lying, cheating and stealing.

Downside — (particularly for the honest) People earning minimum wage would have to work 24 hours a day for several lifetimes to get anywhere near the top of the ladder.

Sex? — The upper classes had sex with anyone who could be seduced by money (that translates to… a lot of sex).

The middle classes were working so damn hard they had no time for sex and didn’t think they could afford to raise children.

The poor had lots of sex because it was the only thing that was free and because they still believed in God and his rules. This led to AN AWFUL LOT OF BABIES.

4. THE MEDIA HAS POWER

From books, through radio and television, to the internet. Ideas spread. News got beamed into peoples’ houses and suddenly everyone realized the system was rigged.

Media also adopted the carrot and stick method. Do something that people want to read about. Take your clothes off, get drunk, say something outrageous, win, lose, be triumphant, be humiliated, be charismatic. Become 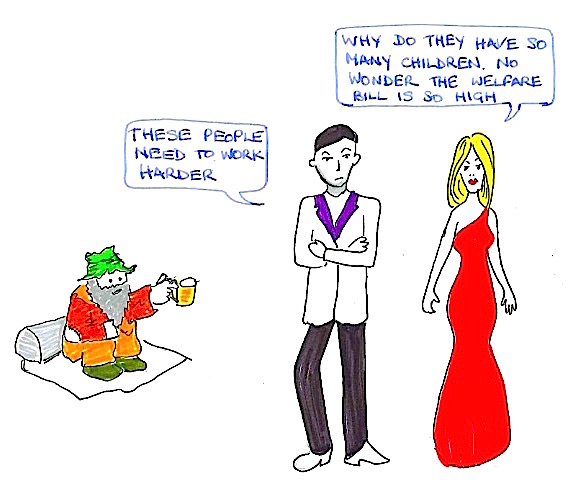 famous for being famous. Be a celebrity. Sleep with a celebrity. Dish the dirt on a celebrity. We have the keys to the carrot and the column inches. Selfie me sideways! Who wants to be a millionaire? Apparently everyone.

Upside — if they wanted to, the Media could appeal to the best aspects of people and unite them in a way that has nothing to do with countries, governments, status or religious creeds.

Downside — the Media is mostly owned by the rich guys who don’t want this to happen. Instead they wave their big stick and whip people up into a frenzy of emotion, because emotion sells. Fear, anger, jealousy, resentment… bring them on. Occasionally they whip out a carrot — buy crap, collect tokens and you might WIN A CAR!!

Meanwhile, what happened to those Middle Classes? 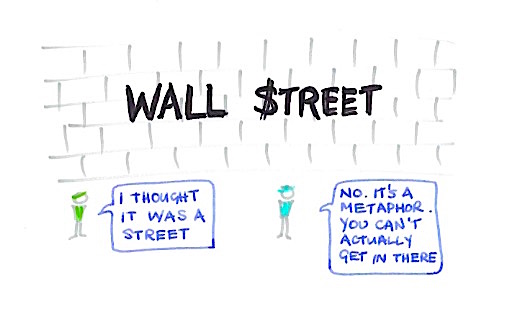 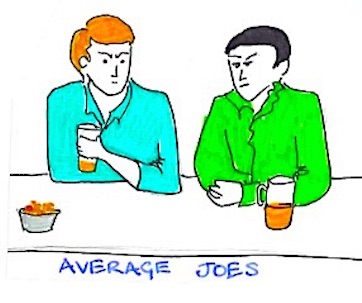 Conversations at the Bar

“How come we have to pay for everyone? The bankers AND the people on welfare. It’s not fair.”

“We need a saviour.”

“We don’t believe in him any more. That was a ploy to keep us quiet.”

“We don’t believe in THEM. They sold us down the river, foreclosed on our houses, raised our taxes and made us work even harder.”

“A good guy? An honest guy? An intelligent guy?”

“They don’t stand a chance… Nice has no power. We need… “

“One of them!! A narcissistic bully!!”

“A narcissistic bully who’s on our side. We need… “ 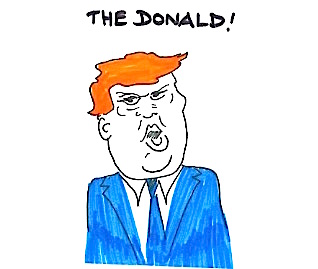 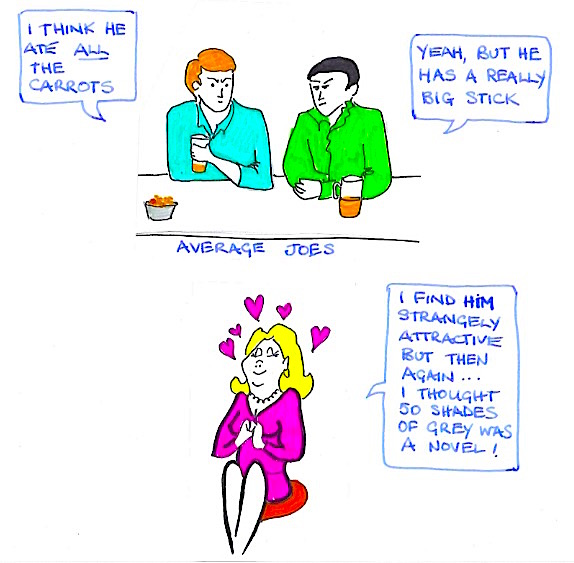 Meanwhile… circling back to the beginning… 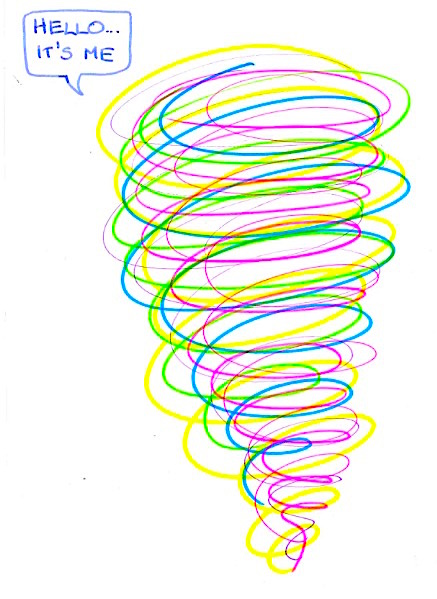 “God here… When I said ‘made in my image’ it means I’m made of energy… and so are you— just ask anyone who understands physics.

I’m called ‘the creator’, and so are you (you don’t need a degree, a black turtleneck or a bad attitude).

I don’t have a gender, or an agenda, but you do.

I have all the time in the world. But you don’t.

So, what are you waiting for?

Create something better than this… “